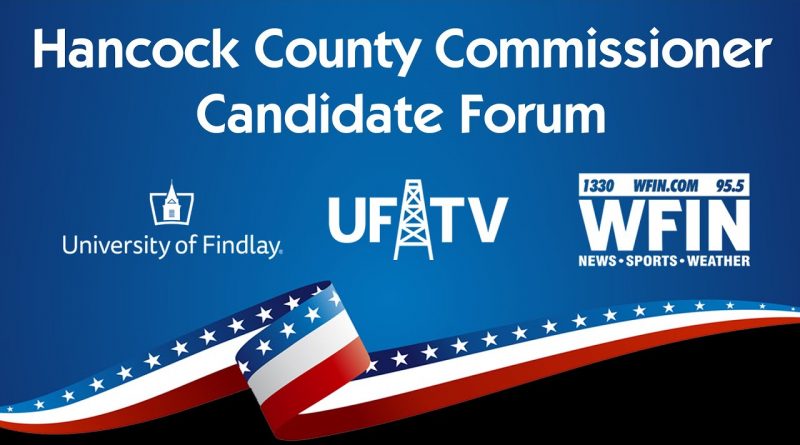 Voters had a chance to hear from three candidates running for a Hancock County Commissioner’s seat during a forum on WFIN Wednesday night.

Republicans William Bateson, Miranda Lobdell and Michael Recker are vying to take over the seat of Commissioner Mark Gazarek, who decided to not run for re-election.

Flood mitigation efforts, county finances and economic development were just a few of the topics discussed during the forum.

The winner of the primary will face Democrat Ronald DeCooman in the fall.

The forum, at the University of Findlay’s Alumni Memorial Union, was aired live on WFIN and on UFTV’s YouTube channel.

A week ago a forum was held involving the three candidates for Hancock County Sheriff.