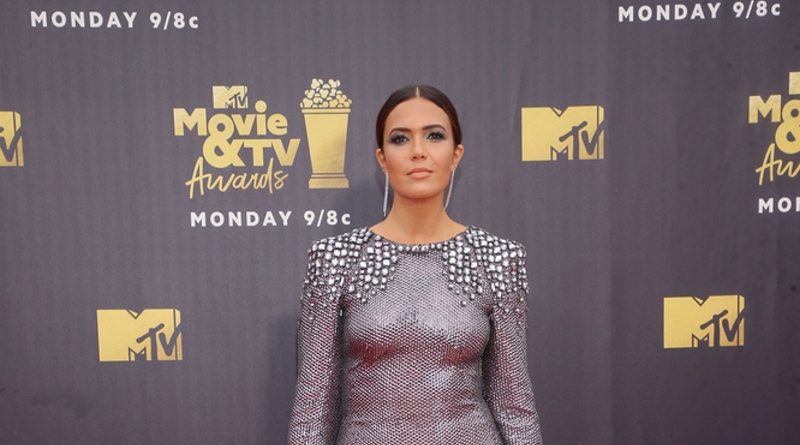 JODIE SWEETIN AND MESCAL WASILEWSKI ARE MARRIED: People reports that Full House star Jodie Sweetin married Mescal Wasilewski on Saturday night (July 30th). The couple, who have been together for five years, held their ceremony at a private Malibu home. Sweetin’s two daughters and her Full House castmates John Stamos and Candace Cameron Bure were in attendance.

MANDY MOORE WILL HAVE AN UNMEDICATED BIRTH DUE TO AUTOIMMUNE DISORDER: On Friday (July 29th), Mandy Moore told Today Parents that she will have to give birth to her second child without medication due to an autoimmune disorder. “My platelets are too low for an epidural,” she said, sharing that she has a condition called immune thrombocytopenic purpura (ITP). “But I can do it one more time. I can climb that mountain again. I wish medication was an option — just the idea of it being on the table is so nice. But we’ll just push forth like we did last time,” she said.

BRYAN CRANSTON AND AARON PAUL ATTEND UNVEILING OF BREAKING BAD STATUES: E! News reports that Bryan Cranston and Aaron Paul reunited on Friday (July 29th) for the unveiling of their Breaking Bad characters’ statues at the Albuquerque Convention Center in New Mexico. The bronze sculptures were created by the artist Trevor Grove and were commissioned in 2019 by Sony Pictures Television.

KENDALL JENNER AND DEVIN BOOKER GO AXE THROWING TOGETHER: On Sunday (July 31st), Kendall Jenner posted a video of Devin Booker to her Instagram stories, showing him in a wooded area doing some axe throwing. Fans continue to speculate about whether or not the pair is back together.