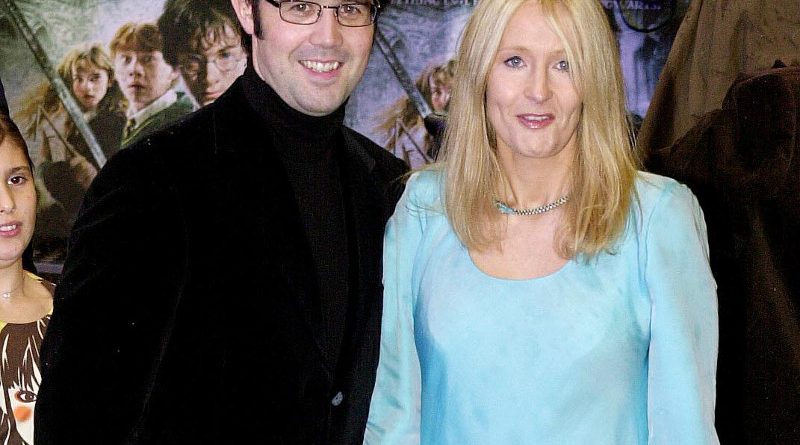 PRODUCTION FOR ‘LADY IN THE LAKE’ HALTED DUE TO THREATS OF VIOLENCE: Production on the Baltimore set of Lady in the Lake was paused on Friday (August 26th) after producers decided to “err on the side of caution.” Variety reports that a group of local residents contacted producers and threatened to shoot someone if production didn’t cease. They were told to pay the group $50,000 before production could continue.

J.K. ROWLING SAYS SHE CHOSE TO NOT TAKE PART IN ‘HARRY POTTER’ REUNION SPECIAL: According to The Hollywood Reporter, J.K. Rowling appeared on Graham Norton’s Radio Show Podcast Saturday (August 27th) and said it was her decision to not appear on the Harry Potter reunion special. “No one said don’t come,” she said. “Yeah, I was asked to be on that and I decided I didn’t want to do it,” she said. “I thought it was about the films more than the books, you know, quite rightly. I mean, that was what the anniversary was about.”

‘BLOCKBUSTER’ GETS NETFLIX PREMIERE DATE: According to Variety, Netflix’s comedy series about the video rental store Blockbuster is set to premiere on the streaming platform on November 3rd. The show stars Randall Park as Timmy Yoon, who manages the last Blockbuster Video in the United States.

ALEXA NIKOLAS PROTESTS UNSAFE WORK ENVIRONMENT AT NICKELODEON: Zoey 101 star Alexa Nikolas joined protestors at Nickelodeon animation studios in Burbank, California, last week and shared that she did not “feel safe” around producer Dan Schneider. Nikolas said during an Instagram Live Thursday (August 25th), “I did not feel protected at Nickelodeon as a child, personally. I’m demanding that Nickelodeon starts protecting children and not predators.” She also called Schneider “the creator of childhood trauma.” This comes shortly after iCarly actress Jennette McCurdy shared in her memoir that someone at Nickelodeon, who she referred to as “The Creator,” encouraged her to drink alcohol when she was underage and photographed her in a bikini during a wardrobe fitting.