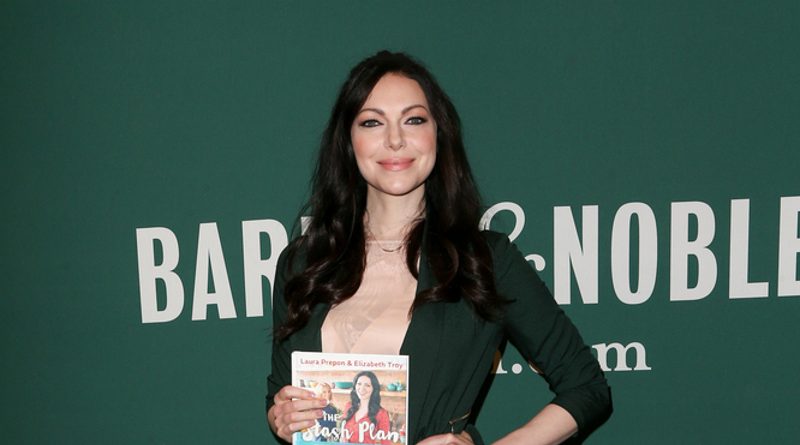 Orange Is the New Black alum Laura Prepon reveals that she left Scientology five years ago. She shares a daughter, 4, and son, 16 months, with her husband Ben Foster, and she said that changed everything.

She told People: “As a brand new mother, I was reflecting so much on my own upbringing and the way I was mothered. I was forced to look at a lot of things in my life that I wasn’t looking at before.”

“I had so many people reaching out to me, telling me about their own issues and struggles with food and their relationships with their parents,” she said. “Many people have thanked me for opening up about my relationship with my mother. Both the positive and the negative, because a lot of times we glaze over stuff because it’s hard or makes us feel vulnerable. If there’s someone out there who’s silently struggling with dysfunctional eating or struggling with their parents, and if I helped a single person, I’d be happy.”

“Even if we have great relationships with our mothers, it’s complicated,” she added. “I’m still learning from it. My mother has Alzheimer’s and I have to come to terms with the fact that this woman who was an incredible force in my life — is fading. It’s very hard to watch. I just try to be there and stay present for the good moments we have.”

“I’m no longer practicing Scientology,” said Prepon. “I’ve always been very open-minded, even since I was a child. I was raised Catholic and Jewish. I’ve prayed in churches, meditated in temples. I’ve studied Chinese meridian theory. I haven’t practiced Scientology in close to five years and it’s no longer part of my life.”