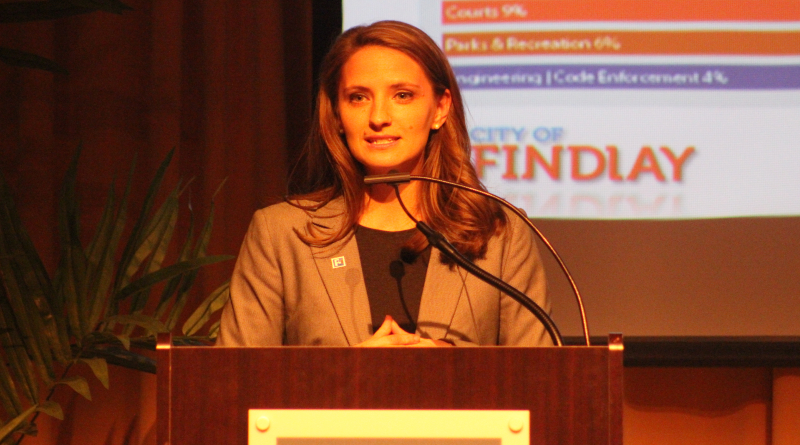 Findlay Mayor Christina Muryn delivered her State of the City Address at the Marathon Center for the Performing Arts.

Her speech looked back at the accomplishments of last year and what lies ahead for the city this year.

A few of the accomplishments of 2019 she highlighted were the STRICT Center, the Move With The Mayor campaign (video below) and the benching project to mitigate flooding.

The STRICT Center is the regional training center for emergency responders that’ll be located near Fire Station 4 on County Road 236 and is expected to break ground this year.

The mayor highlighted the response times of the police and fire departments in 2019.

She says the city’s finances are strong and the 2020 budget as adopted has a projected surplus of nearly $1 million.

Mayor Muryn says areas of focus for 2020 will be flood mitigation – with more benching and a basin project planned for Eagle Creek – as well as a community strategic plan and improving the #FindlayOhio brand.

In her speech she also revealed that changes will be coming to the intersection of West Sandusky Street and Western Avenue.

She says the city’s been working for a couple of years with the railroad to get permission to put together a new design for that intersection and plans are now moving forward.

The mayor took some time to mention how important the 2020 Census will be for the city, and encouraged everyone to fill it out, as the data helps determine funding for critical infrastructure like roads, schools and hospitals.

She says the city’s overall focus continues to be on outstanding service and financial responsibility.

Look through the mayor’s speech at your own leisure here.