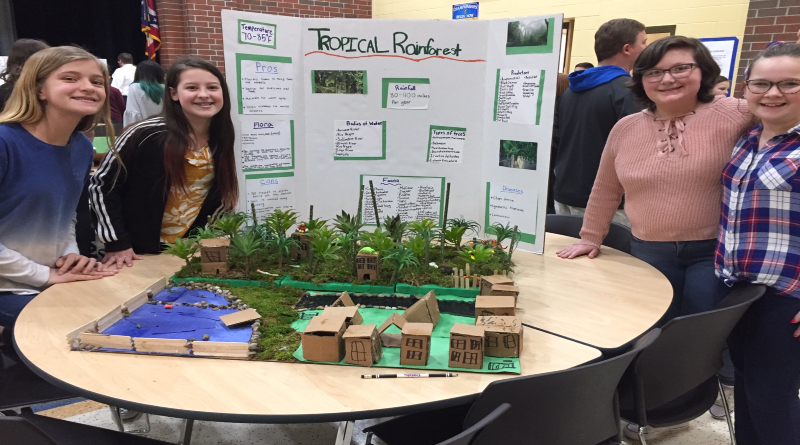 The exhibition was held in the cafeteria and gym, and people had a chance to stop by each group and ask the students about their biome.

He says students had to construct a 3D model showing how they would live off the resources if they had to move to a different biome.

“They had to show where people would get their food, could they garden, could they have animals in a pasture…so, they’ve been busy.”

Miller says he’s super-impressed with the biomes projects this year.

See some video of the projects below.