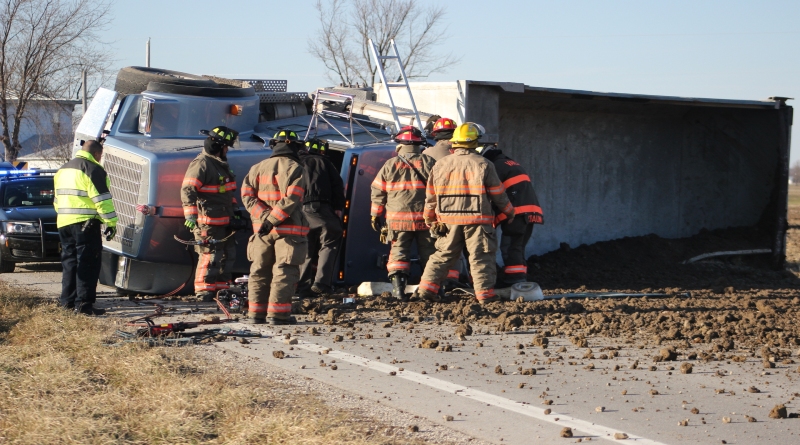 The driver of a dump truck was trapped after his truck rolled on State Route 37, southeast of Findlay.

The crash happened around 4:15 Wednesday afternoon on State Route 37 near Township Road 234.

A dump truck that was carrying a load of dirt lost control and rolled, blocking the roadway.

Vanlue firefighters responded and were able to extricate the man from the cab of the truck.

The driver could be seen up and walking around.