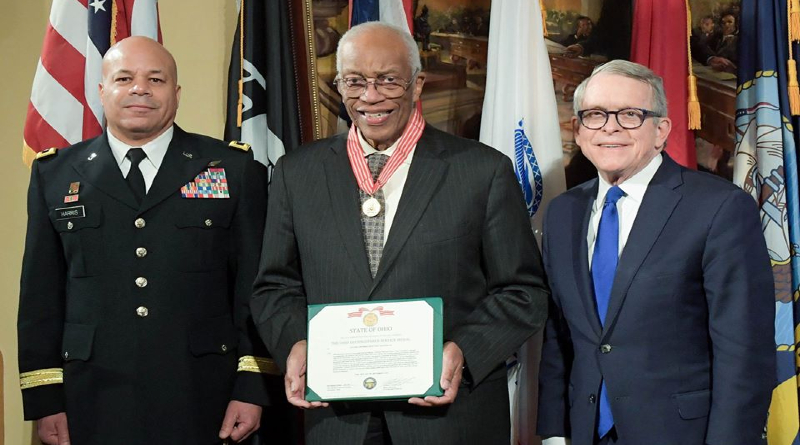 A former combat fighter pilot and astronaut who became the first African-American to fly in space is being honored by the State of Ohio.

During a ceremony at the Ohio Statehouse, Governor Mike DeWine presented the Ohio Distinguished Service Medal to Colonel Guion Bluford, who has spent the last two decades as President of Cleveland-based consulting group Aerospace Technology.

Bluford flew 144 combat missions during the Vietnam War before moving to NASA, where in 1983 he flew as part of the crew of the Space Shuttle Challenger during the STS-8 mission.

DeWine called Bluford an inspiration to generations of Ohioans and future astronauts.