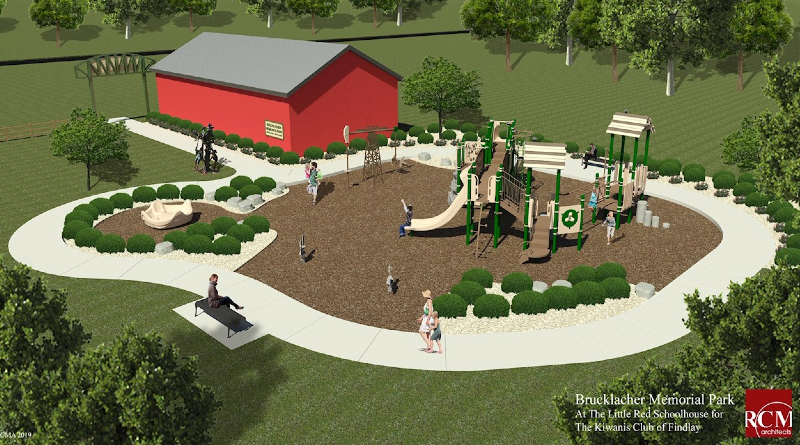 To celebrate their 100th anniversary, the Kiwanis Club of Findlay will be building a park and playground as a gift to the community.

Working in conjunction with the Hancock Historical Museum they decided the facility would be built at the location of the Little Red Schoolhouse on County Road 236.

“We chose that name because the late James Brucklacher was a longtime member of our Kiwanis club and was also one of the founders of the Hancock Historical Museum.”

Rick says they decided on this project because they wanted to do something that would have longevity and that kids would enjoy.

He says the pandemic has pushed the project back a bit and now they hope to break ground in August.

He says one of their fundraisers was canceled because of the pandemic and they’re hoping to have a good turnout at their Purse Bingo fundraiser in the summer.

Anyone wishing to donate to the project can send a donation to the Findlay Kiwanis Foundation, PO Box 237, Findlay, Ohio.

Get more details on the project here.