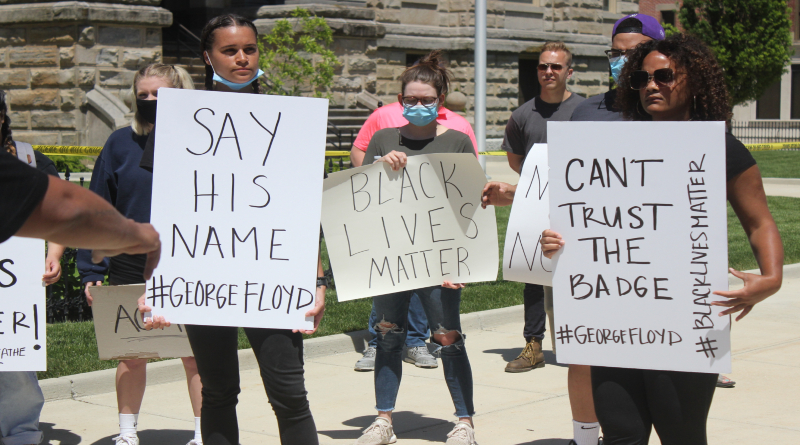 People gathered in front of the Hancock County Courthouse and marched down Findlay streets on Monday to protest police brutality and racial injustice.

The protest was peaceful at the times WFIN news was on the scene.

At one point Sgt. Dan Harmon (in the video below) with Findlay Police spoke and prayed with protesters and asked what they needed from him.

Nina Parker, founder of the Black Heritage Library and Multicultural Center in Findlay, said “just be with us, that shows a lot.”

She pointed out that police agencies are condemning the actions of the officers’ in Minneapolis involved in the death of George Floyd.

Parker called this a perfect moment for police departments to come together for change.