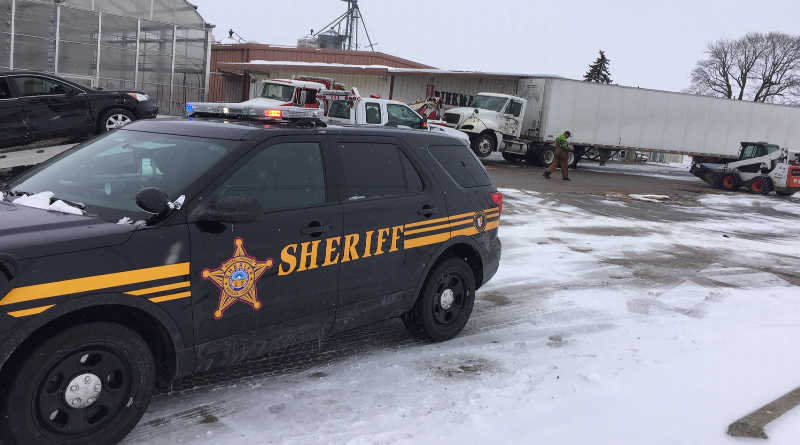 A semi crashed into the parking lot of Brinkman’s on U.S. 68 south of Findlay on Thursday morning.

The semi was southbound when it went off the road and hit a porch of a house before continuing into the parking lot of Brinkmans where it hit eight vehicles and narrowly missed a greenhouse worker.

None of the vehicles was occupied at the time and no one was injured.

Co-Owner Gene Brinkman says if the semi hadn’t hit the vehicles it would’ve ended up crashing into the greenhouse.

The crash is under investigation by the Hancock County Sheriff’s Office.

Strong winds had been blowing snow across U.S. 68 in spots on Thursday.