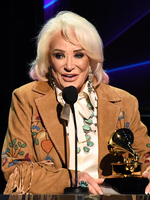 Tanya Tucker will headline the 2020 Concert for Love and Acceptance, set to take place on Tuesday, June 30th and live streamed on YouTube, Facebook and at F4LA.org/concert. The show will be co-hosted by Emmy and Tony Award winning actress and singer Kristin Chenoweth and CMT personality Cody Alan. GLAAD and ACM Lifting Lives are the beneficiaries of event proceeds.

The Concert for Love and Acceptance is produced by Ty Herndon and his newly formed charitable foundation, The Foundation for Love & Acceptance.

Additional appearances and performances will be announced soon.