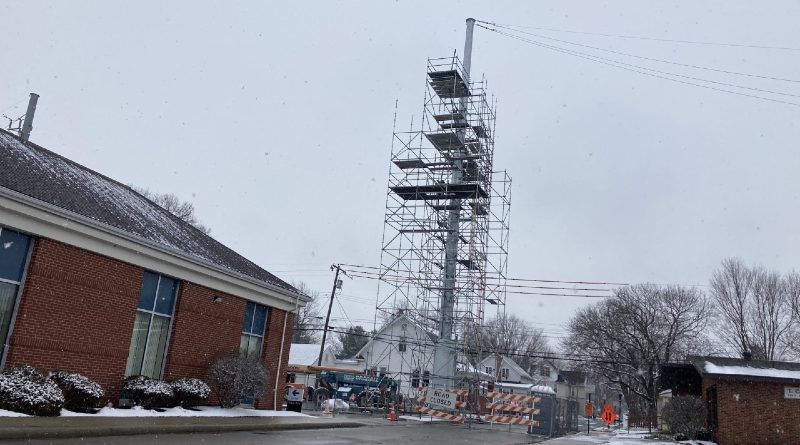 A section of a Findlay street will be closed for a while longer as a major project by AEP continues.

AEP’s Central Findlay Improvements Project involves the construction of about a mile of underground transmission line in downtown Findlay.

The underground work began near the Findlay Substation, located at the intersection of Putnam and Liberty streets, and is ending along Beech Avenue where a riser pole will connect the line with the existing overhead power line.

A section of Beech Avenue has been closed as crews have been working on installing the riser pole in that area.

People can still access State Bank and the Board of Elections in the area.

AEP says this riser pole will be finished in a couple of weeks and then the underground line will be tested.

Upon completion of the testing, the underground portion of the project will be complete.

The overall project is expected to be completed in the summer.