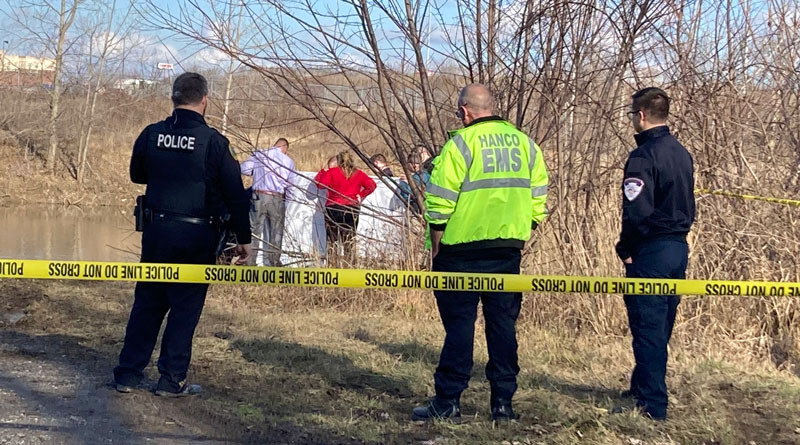 The Findlay Police Department confirmed a body was discovered floating in a pond behind the Trenton Avenue Walmart in Findlay on Thursday afternoon.

Access to the pond is off Howard Street and the road was shut down while police investigated.

The Findlay Fire Department recovered the body from the water.

Lt. Hendren with the Findlay Police Department says the body is that of an adult white male and is under investigation.

The body was sent to the Lucas County Coroner’s Office for an autopsy and to determine cause of death.

A man who was fishing discovered the body and called 911.

In the video below WFIN News Director Matt Demczyk speaks with Lt. Hendren at the scene.