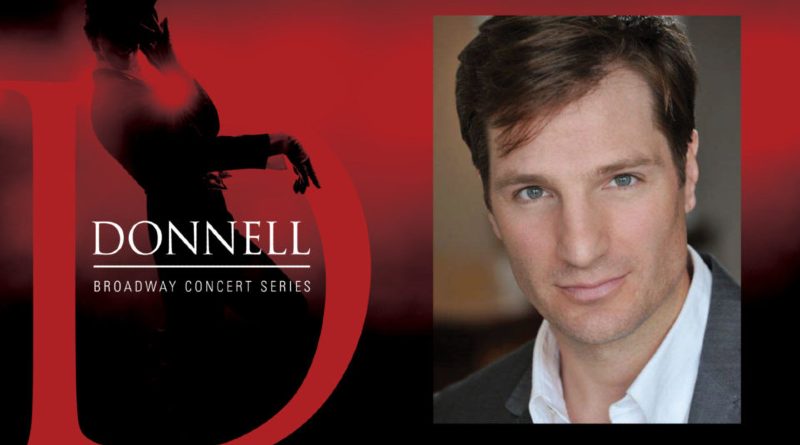 The University of Findlay has announced that ‘Phantom of the Opera’ Star John Cudia will perform at the university later this month.

Details are in the following news release from the University of Findlay.

The concert will be held in-person in the Winebrenner Building, TLB Auditorium at 7:30 p.m. Tickets are $30 for adults, $27 for senior citizens, $10 for non-UF students, and free for UF students, faculty, and staff with a valid University ID. Tickets can be purchased at the Marathon Center for the Performing Arts box office at 200 W. Main Cross St., or online at MCPA’s website.

Cudia is equally at home on opera, theater, and concert stages. A lyric tenor, he proudly made his Lyric Opera of Chicago debut as Curly in their production of “Oklahoma!” and his Broadway debut in “Les Misérables.” Cudia most recently sang Count Danilo in “The Merry Widow” for Vancouver Opera where he previously sang Cassio in “Otello” and Juan Peron in “Evita.” For Indianapolis Opera, he created the role of Dr. Woodly in the World Premiere of “Happy Birthday Wanda June” by Richard Auldon Clark with Libretto by Indiana’s own Kurt Vonnegut.

Most notably, Cudia holds the distinct honor of being the first and only actor to have performed both as the Phantom in “The Phantom of the Opera” and Jean Valjean in “Les Misérables” on Broadway. John’s most recent Broadway run counted him as only the 12th performer to play the Phantom in its historic, record-breaking 30+ years. John played Jean Valjean at the Marriott Theater in Chicago where his performance earned him the Joseph Jefferson Award for “best actor in a musical.”

Along with his many performances, Cudia has helped develop new works for the theatre with Roundabout Theatre, the Banff Theatre Centre, Paper Mill Playhouse, composers Jonathon Dove, Frank Wildhorn, and Maury Yeston. In concert, John has sung with The Baltimore Symphony, The North Carolina Symphony, The Calgary Philharmonic Orchestra, The Jacksonville Symphony Orchestra, and The Detroit Symphony Orchestra, Deer Valley Music Festival, and Heartland Festival Orchestra among others.

Cudia earned his Bachelor of Arts and Master of Studies in Law from Fordham University and Fordham Law. He currently studies voice with Metropolitan Opera Baritone Mark Oswald. He and his wife, Broadway actress Kathy Voytko, reside in New Jersey with their two daughters Alena, 12, and Evelyn, 10, and their dogs Kingsley and Fajita.

The Thomas and Kathleen Donnell Broadway Concert Series Endowment Fund, in addition to other donor funds, enables noted Broadway artists to visit each year to provide concert entertainment for both UF students and the community.

For more information on the Concert, visit the Donnell Broadway Concert Series webpage or contact Cindy Bormuth at [email protected]