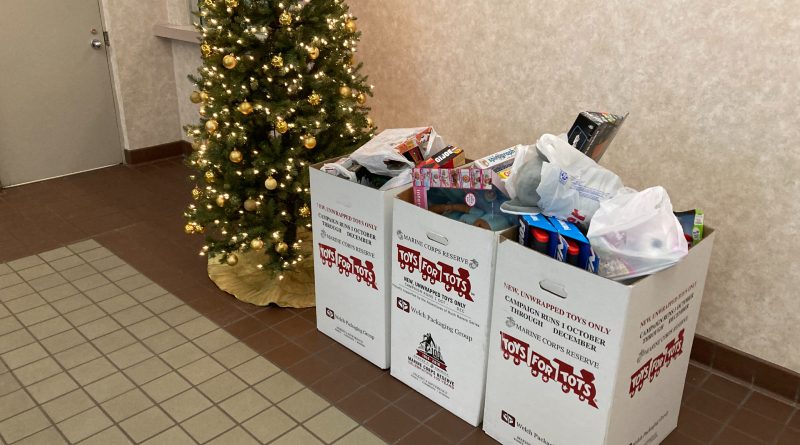 The Hancock County Sheriff’s Office says the community has been extremely generous after they put out the call for people to help Toys for Tots recover from the theft of $20,000 worth of toys.

On Monday, Sheriff Heldman announced that two Toys for Tots drop-off boxes would be available in the sheriff’s office lobby 24/7 through December 12th for people to drop off donated toys.

When we spoke with the sheriff around noon on Wednesday for an update, he said five boxes had already been filled up with toys and they also received $2,300 in checks for Toys for Tots.

“The support we’re getting is overwhelming, and I’m just thankful that the community is coming out and doing this,” Sheriff Heldman said.

The sheriff said Larry DeVelvis, the Toys for Tots coordinator for Hancock and southern Wood County was amazed and thankful for how quickly the community responded to help out.

He says drop-off boxes will be available in their lobby through December 12th. If you stop by after hours with some toys, just ring the buzzer and you’ll be let in.

As for the theft, Sheriff Heldman said investigators are following up on some leads.

In the video below you can see the Special Deputies Organization handing Larry a check for $750 and the group Yield (Young Individuals Educating Local Drivers) presenting him a check for $500 during the announcement on Monday.