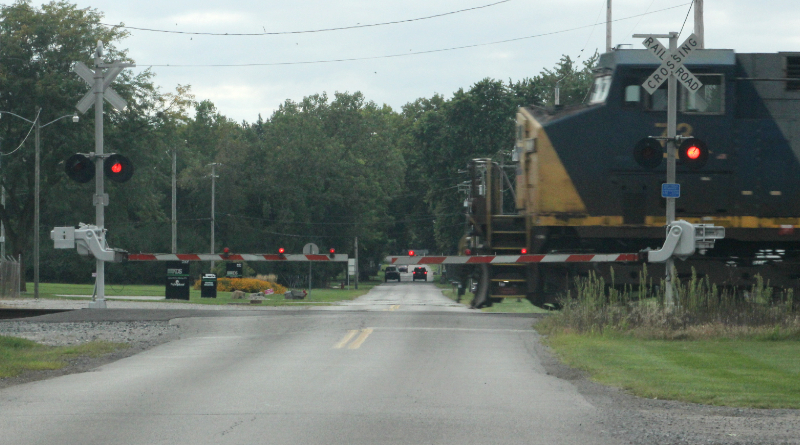 The Supreme Court of Ohio has ruled that Federal law prevents enforcement of an Ohio law against trains blocking railroad crossings for more than five minutes.

CSX Transportation was cited for five instances of blocking crossings near a Honda plant in Marysville in 2018.

A divided Supreme Court ruled that the Marysville Municipal Court properly dismissed five charges against CSX for violating a state law that prohibits a stopped train from blocking railroad crossings.

The Court ruled that because the state law “regulates, manages, and governs rail traffic,” it is in conflict with federal law covering the same subject and cannot be enforced.

“We acknowledge the significant danger to the public that is created when stopped trains obstruct the movement of first responders across railroad tracks,” said Justice Sharon L. Kennedy.

“However, the regulation of railroad transportation is a matter of federal law, and the federal government alone has the power to address the threat to public safety caused by blocked crossings.”

In a dissenting opinion, Justice Jennifer Brunner stated that all seven justices agree that no federal law regulates blocked railroad crossings. Without a federal regulation, states can adopt their own antiblocking laws, she wrote. She noted that Ohio has had some form of law against blocking railroad crossings since 1853.

Seneca County Sheriff Fred Stevens let people know about the ruling in a post on the sheriff’s office Facebook page.

“We received this from the County Prosecutor today and are just as surprised as everyone else. This is going to affect not only the regular traffic flow for our county, city and village residents but our law enforcement and fire & ems responses as well. There will no longer be any “bite” to the barking (complaints) when RR crossings are blocked for long periods of time.”