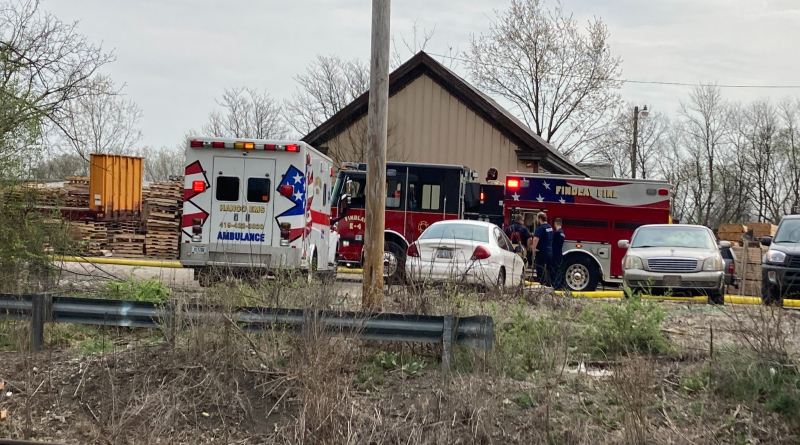 Firefighters battled a fire on the property of Findlay Pallet at 300 East Bigelow Avenue on Thursday.

The call came in at 9:25 a.m. and the Findlay Fire Department responded.

Allen Township and Washington Township responded as well to help out with their brush trucks and with manpower.

Findlay Battalion Chief Jeff Rampe says the fire on the northeast portion of the property was really going when they arrived and they had to park about 100 feet away because of the heat being produced by the fire.

It appeared some old pallets had caught on fire and then the wind pushed the fire north and caught a semi trailer on fire.

Chief Rampe says they established a water supply from a hydrant on Bigelow and the road was shut down.

He said they had the fire under control at around 10:30 a.m.

No one was injured. The cause is under investigation.

Firefighters were also at Findlay Pallet on March 7th for a fire that destroyed several pallets and damaged part of the building.