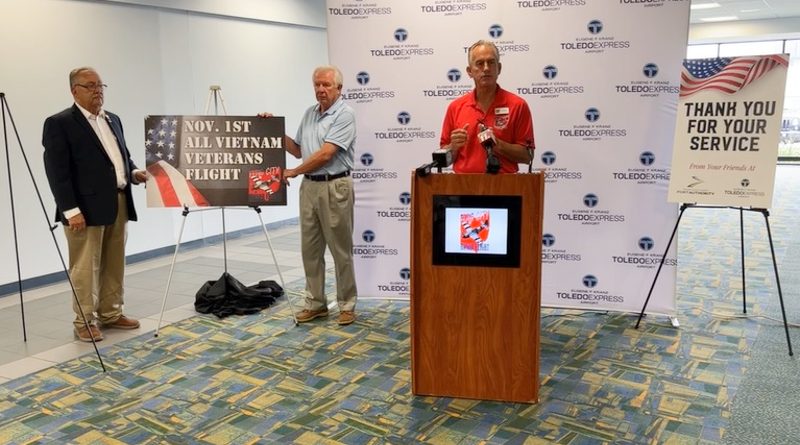 Flag City Honor Flight has announced that the November flight this year will be all Vietnam War Veterans.

Bob Weinberg, president of Flag City Honor Flight, says the waiting list for Vietnam Veterans is more than 400 Veterans long and that’s why they decided to do this for the November trip.

As you heard Bob mention in the audio above, Ohio Logistics has sponsored the entire flight.

Bob points out that the organization has not forgotten about their core mission of taking as many WWII, Korea and Vietnam era Veterans as they can to Washington, DC to visit the memorials built in their honor.

Flag City Honor Flight has three flights set for this year, in an effort to catch up after being grounded for two years due to the pandemic.

The first flight was on June 7, the next one will be on September 13 and then the Vietnam Veteran trip will be on November 1.

Learn more about Flag City Honor Flight by clicking here and see video of the announcement below.