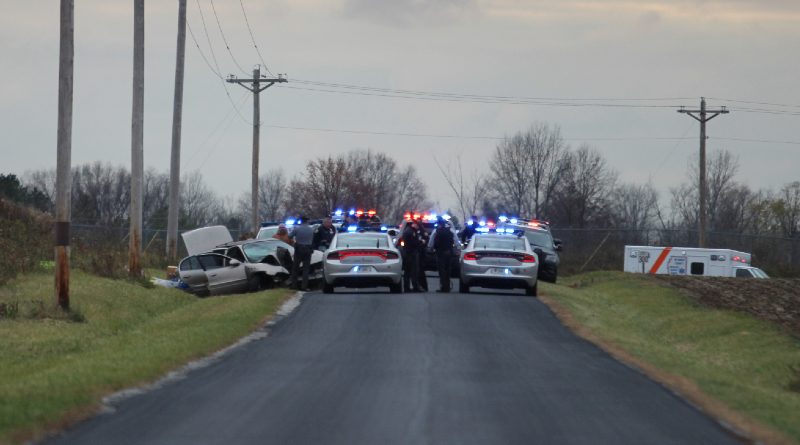 A Findlay man is facing a variety of charges after authorities say he led multiple agencies on a lengthy high-speed pursuit.

The Findlay Police Department says it responded to an address in the 200 block of Monroe Avenue on Monday afternoon on the report of a man threatening another man with a knife.

The suspect, identified by police as Michael L. Struble, 46, of Findlay, left prior to police arriving and was located in the 1500 block of Bright Road.

Police conducted a traffic stop and say the man initially complied, but during the stop he fled in his vehicle.

The pursuit went through the city and then made its way onto Interstate 75 and State Route 15 eastbound.

Police say the man at one point pointed a handgun out his car window at the pursuing officers.

The pursuit then made its way onto U.S. 30 westbound and then back eastbound and back north on State Route 15.

This was where the suspect lost control of his car and crashed into a pole.

Police say Struble exited his car with two knives and would not comply with the orders he was given.

Police used two bean-bag rounds on Struble but he was still non-compliant.

A taser was used on him and he dropped the knives and was taken into custody.

Police say Struble was arrested on charges of aggravated menacing, OVI, and failure to stop after an accident.

He was taken to Blanchard Valley Hospital for injuries sustained in the crash and apprehension, and was admitted to the hospital for his injuries.

Police say additional charges of fleeing and eluding will possibly be submitted at the conclusion of the investigation.

The pursuit went nearly 58 miles, lasted nearly an hour and reached speed of more than 110 miles per hour.

Assisting in the pursuit were deputies with the Hancock and Wyandot County Sheriff’s Offices as well as troopers with the Ohio State Highway Patrol. 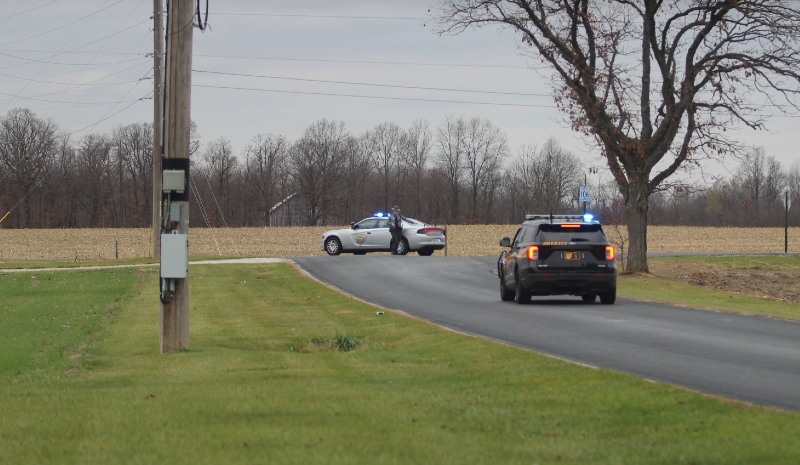