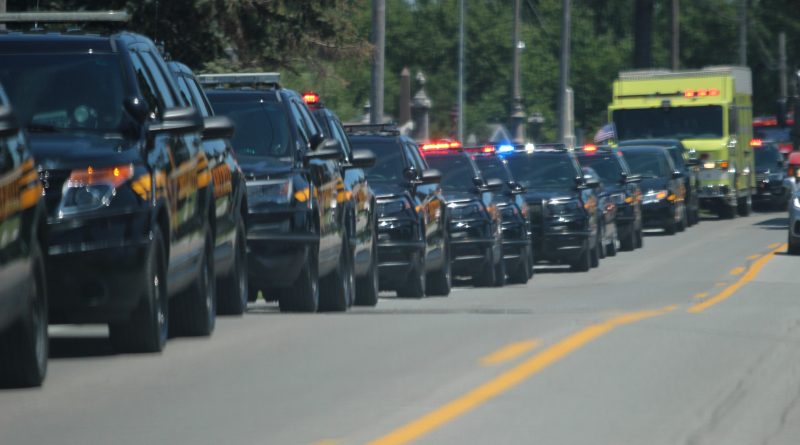 The Hancock County Sheriff’s Office said goodbye to one of their own who passed away shortly after he retired.

The funeral for Michael McGuire was held at the Hancock County Fairgrounds and then a long funeral procession made its way to McComb Union Cemetery where he was laid to rest. (video below)

Sheriff Michael Heldman says it was a nice sendoff.

Sheriff Heldman says McGuire, 59, made a big impact during his 38 years with the sheriff’s office as a School Resource Officer, Explorer Post Advisor, and Deputy Sheriff.

The sheriff says McGuire touched the lives of a lot of young people with the Explorers program.

More than 500 people attended McGuire’s funeral at the Old Mill Stream Centre and then a very long line of police, fire and other vehicles were in the procession from Findlay to McComb.

“Mike’s ready smile and wit raised many a spirit around the office. His life had a profound impact on everyone around him, and he will be greatly missed.” 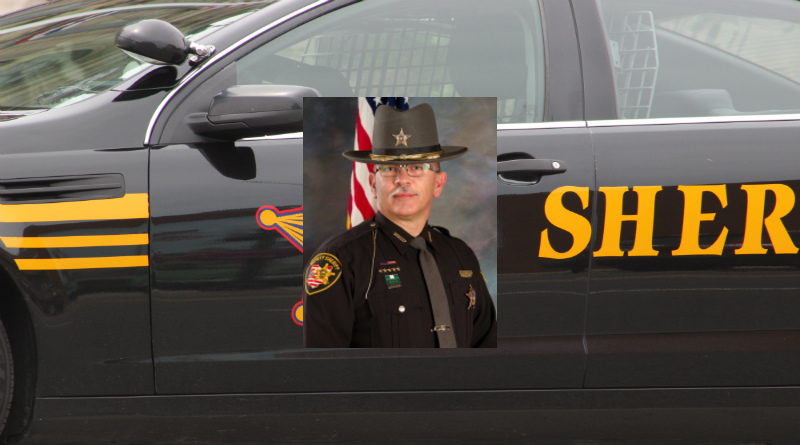