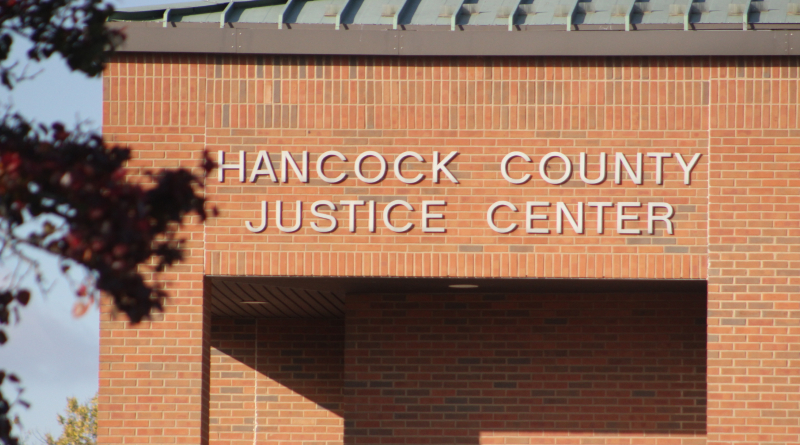 Hancock County has been named to a select group of Stepping Up Innovator Counties in the United States for its expertise in collecting baseline data on the number of people in its jail who have mental illnesses.

The Stepping Up initiative was launched in May 2015 by the National Association of Counties (NACo), The Council of State Governments (CSG) Justice Center and the American Psychiatric Association (APA) Foundation to mobilize local, state and national leaders to achieve a measurable reduction in the number of people in jail who have mental illnesses.

Since that time, more than 475 counties, including Hancock County, representing 45 percent of the U.S. population, have committed to the Stepping Up goal.

Hancock County was chosen as one of a small group of Innovator Counties using the Stepping Up suggested three-step approach to collect and analyze timely data on the prevalence of people in their jails with serious mental illnesses (SMI).

These steps include establishing a shared SMI definition for their Stepping Up efforts across criminal justice and behavioral health systems, ensuring everyone booked into jail is screened for mental illnesses, and regular reporting on this population.

“Stepping Up has helped us grow as a county jail by expanding services that are more tailored to those who become incarcerated and have mental health illness,” said Hancock County Sheriff Captain Ryan Kidwell.

Kidwell said one example is the use of an evidenced-based brief mental health screener. The jail’s corrections staff and supervisors work side-by-side with our community mental health partner, Family Resource Center, which allows the professionals to take the responses received from the completed screener and develop a more individualized and specific approach to providing inmate programming and reentry services while incarcerated.

That, Kidwell noted, helps the individual transition back into the community, continuing services beyond the confines of the jail.

“Ultimately our collaborative efforts are to reduce the number of individuals with mental health illness incarcerated at the Hancock County Justice Center and to keep them engaged in community mental health services,” Kidwell said.

Hancock County joined Stepping Up on February 23, 2016, and has taken significant steps toward reducing the number of people in its jail who have mental illnesses, such as implementing the use of a standardized definition of mental illness; universal screening; expanded on-site services; information exchange; and increased efforts to improve discharge planning and linkage to services upon discharge.

As an Innovator County, Hancock will help other counties improve their data collection efforts by participating in training sessions, taking part in presentations, sharing information and experiences through the Stepping Up website, and more.