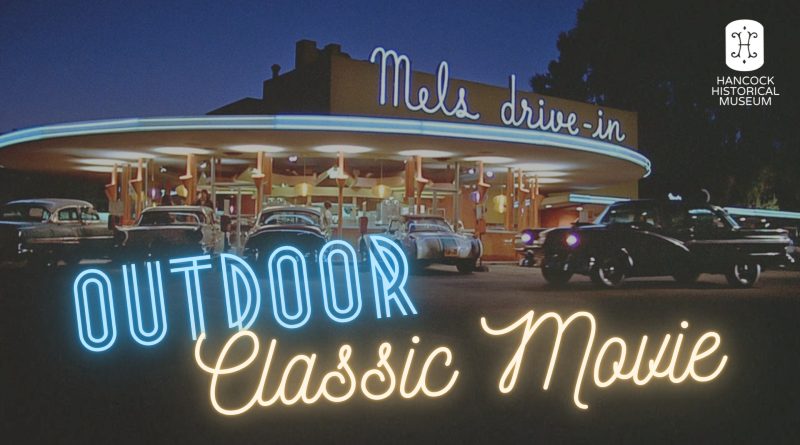 In honor of their exhibit, Findlay Rocks! 1960s Garage Bands, The Hancock Historical Museum will be spending an evening celebrating the decade.

The museum is inviting people to join them for a free outdoor movie on the Hancock Historical Museum campus on West Sandusky Street in Findlay on Saturday, August 13th. (rain date August 27)

“Bring your lawn chairs and we’ll provide the popcorn. We’ll have cars and music from the era, too!”

Set in Modesto, California, in 1962, the film is a study of the cruising and early rock ‘n’ roll cultures popular among Lucas’ age group at the time.

Through a series of vignettes, it tells the story of a group of teenagers and their adventures over the course of a night.

Get more on the museum’s Outdoor Classic Movie by clicking here and see video of the Findlay Rocks the ’60s! exhibit below.