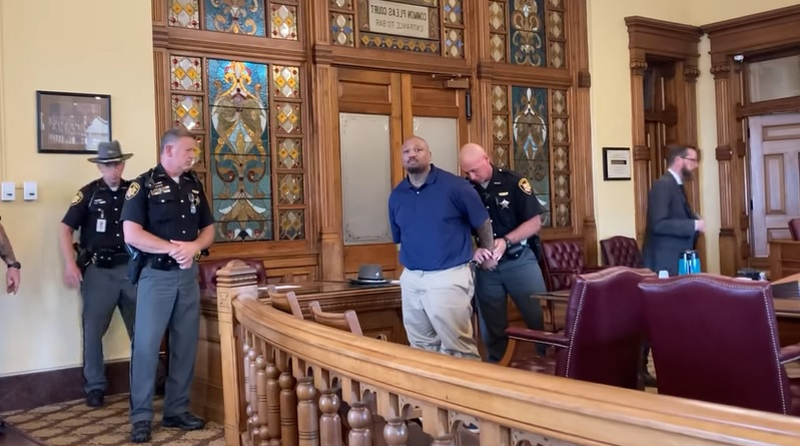 Robert Hathorn has been found guilty of each of the charges he was facing in connection with an altercation with a Findlay trooper along Interstate 75 last fall that left that trooper with a gunshot wound.

The 43-year-old from Muskegon, Michigan was previously indicted by a Hancock County Grand Jury on six felony charges, including felonious assault on a peace officer, in connection with the October 6th incident.

The Ohio State Highway Patrol says Hathorn struggled with a trooper during a traffic stop along Interstate 75 in Findlay and the trooper’s gun went off, striking the trooper in the lower body.

Hathorn was found the following day in the Blanchard River after an extensive search involving various police agencies.

The Highway Patrol said the trooper that was shot was released from the hospital on October 9th, and about a month ago was able to return to road duty.

We spoke with Hancock County Prosecutor Phil Riegle after the verdicts were read.

The trooper was in the courtroom as the verdicts were read, as were Lt. Matt Crow with the Highway Patrol Findlay Post, Hancock County Sheriff Michael Heldman and other law enforcement in a show of support.

Hathorn waived his right to counsel and represented himself in the trial.

His sentencing will be held in the next few weeks.

Robert Hathorn being handcuffed after being found guilty of all charges, including felonious assault on a peace officer, in connection with an altercation that left a Findlay trooper with a gunshot wound. He’ll be sentenced in the near future. https://t.co/ZJKmsZJTlj pic.twitter.com/hBZzNeDJzc