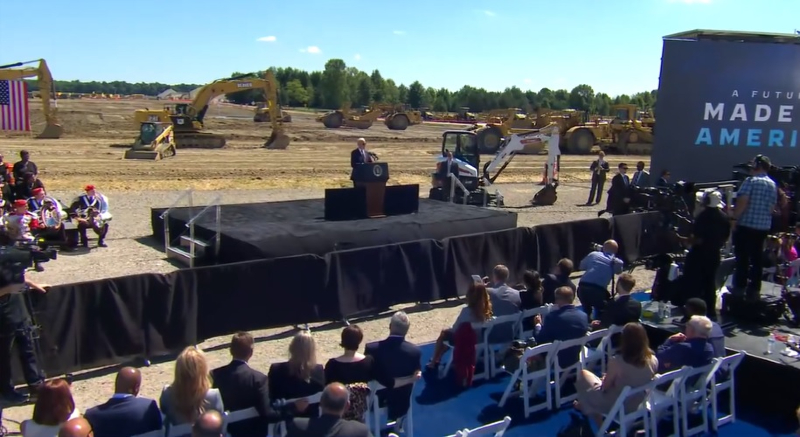 President Biden spoke at the groundbreaking about Intel’s partnership with Ohio colleges and universities to train students to work in tech.

That’s what Pat Gelsinger said during a groundbreaking ceremony for the company’s semiconductor manufacturing facilities in the New Albany area.

Intel’s initial investment is $20 billion with the possibility of billions more.

Gelsinger has said Ohio’s skilled workers and education were factors in picking central Ohio for the project.

Tune in as I deliver remarks on rebuilding American manufacturing through the CHIPS and Science Act at the groundbreaking of the new Intel microchip factory in New Albany, Ohio. https://t.co/3XfgkIxg6f