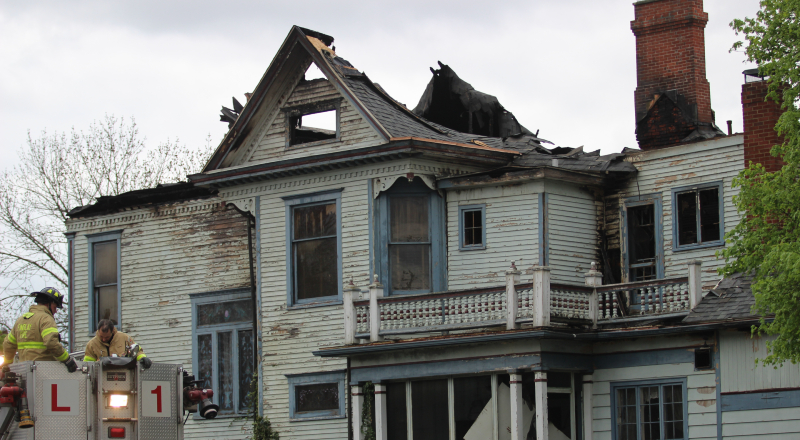 Local News Powered by VisitFindlay.com
May 26, 2022

The Findlay Fire Department’s investigation into the house fire at 824 South Main Street is complete.

Fire Chief Josh Eberle says the official cause is listed as undetermined.

He said there was a significant amount of damage done to the area of origin, making it hard to pinpoint the exact cause.

And when investigators can’t arrive at a specific cause, a fire must be listed as undetermined.

He added that an undetermined designation is not uncommon, as around 40 to 50 percent of fires nationwide annually are listed as such.

Chief Eberle says they had 16 firefighters respond to the May 1st blaze and then called in another six personnel from the previous shift.

The house sustained extensive fire, smoke and water damage and the roof collapsed.

The house had not been lived in for a while and no one was injured in the fire.

The house has been turned back over to the owners and it’s unknown what they have in store for it.