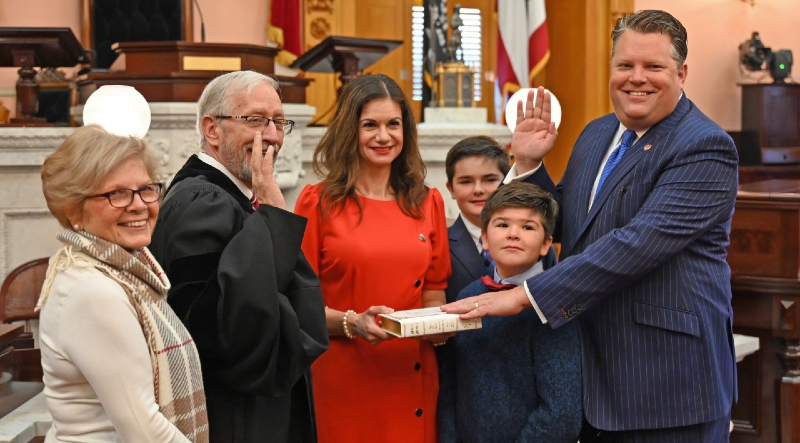 State Representative Jon Cross was sworn in for his third term in the Ohio House of Representatives during the opening day session of the 135th Ohio General Assembly.

Cross, a Republican from Kenton, will continue to serve the constituents and communities of the 83rd House District, which includes Hancock, Hardin and portions of Logan counties.

“I’m honored and humbled by the constituents of the 83rd district for sending me back to the Ohio Statehouse, on their behalf, to champion our great communities in northwest Ohio,” Cross said.

“As I’ve done before in my previous two terms, I look forward to going to work to protect our rights and freedoms, to bring state funding and resources back to our district and to pass needed legislation to keep Ohio safer, stronger and open for business.”

During the swearing-in ceremony in the Ohio House Chambers, Cross was joined by his wife Christina, two sons Carson and Connor, and his mother Judy Cross. 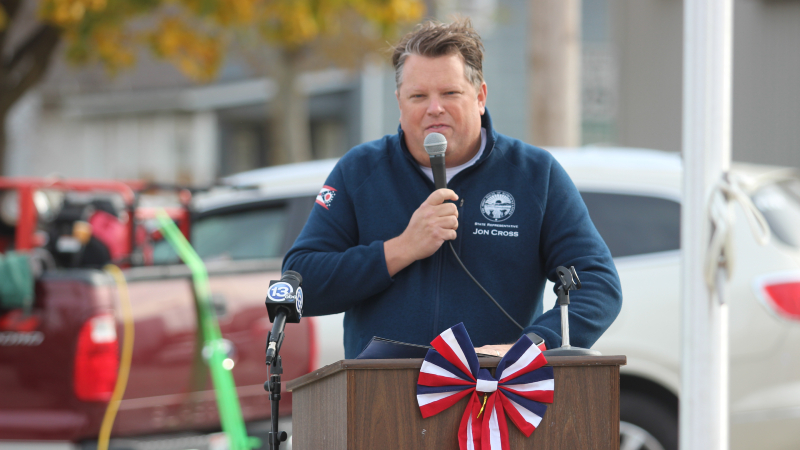