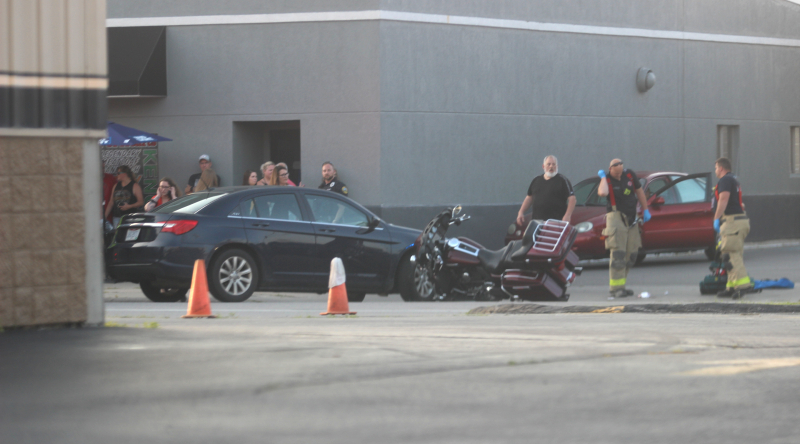 The Findlay Police Department says a motorcyclist was injured when a car turned in front of him and the two collided.

The crash happened at 8:08 Tuesday night on East Sandusky Street in front of the Circle K at the corner of East Sandusky and South Blanchard Street.

Police say Robert Artman, 59, of Findlay, was driving his Harley Davidson westbound on East Sandusky Street when an eastbound car being driven by Tyler Chaffee, 28, of Republic, failed to yield while making a left turn into the Circle K, and the two vehicles collided.

Artman was thrown from the motorcycle, landing on the hood of the car and then rolling off.

Artman was taken to Blanchard Valley Hospital for injuries described as not life-threatening.

Chaffee was issued a citation for failure to yield.

The Harley was towed from the scene with disabling damage.