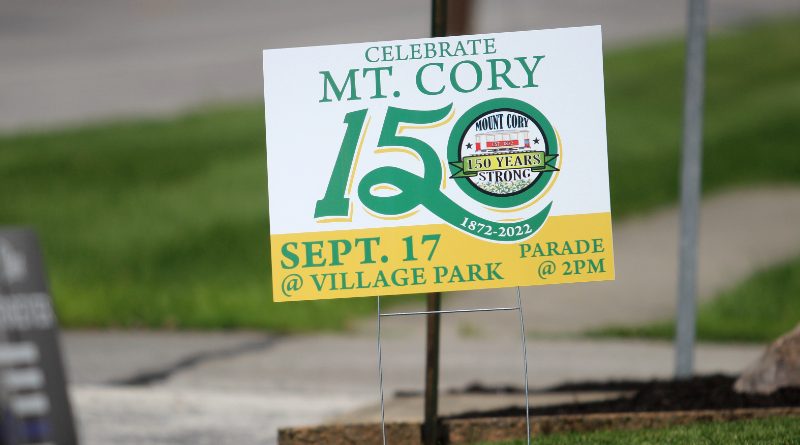 The village of Mount Cory will be celebrating its Sesquicentennial on Saturday, September 17th.

Mount Cory was established in 1872 and on Saturday the community will be celebrating the fact that they’re still going strong 150 years later.

The Sesquicentennial festivities will include a parade and festival marking the 150th anniversary of the village’s founding.

The celebration begins with a parade through town at 2 o’clock ending at the Village Park where numerous activities will be held throughout the day.

Mike Noggle, Pastor of Mount Cory United Methodist Church was on with WFIN’s Chris Oaks to talk about the celebration.

The Sesquicentennial Celebration logo includes a DF on the right side of the trolley in memory of Dominic Francis, the Mt. Cory resident and Bluffton police offficer who was killed in the line of duty in March. 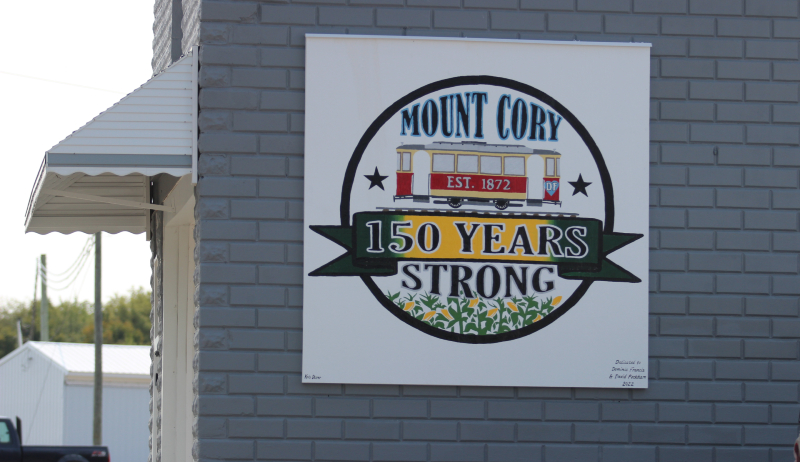