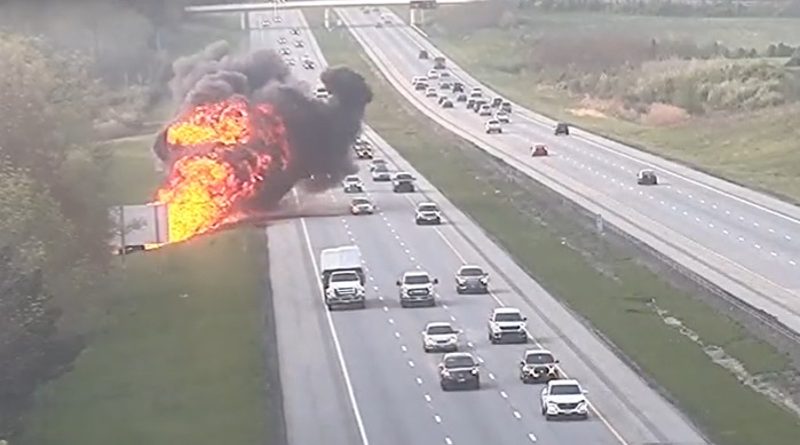 An Ohio Department of Transportation vehicle was rear-ended on the side of Interstate 77, south of Akron.

ODOT said a worker was still in the truck when a dump truck veered off the highway and slammed into the back of the ODOT truck, causing a huge fireball.

The burning trucks then slid down the embankment.

First responders had to extricate both drivers to get them to the hospital.

ODOT said its employee suffered serious injuries but they are not life-threatening.

The driver of the dump truck reportedly suffered life-threatening injuries.

ODOT’s Matt Bruning is reminding drivers to keep their eyes peeled for ODOT vehicles on the side of the road and to pay attention at all times.

ODOT says this is the 82nd ODOT crew that’s been struck this year.

Earlier today, an ODOT employee was struck alongside I-77 in Summit County. He was taken to a local hospital and is currently being treated with serious, but non-life threating injuries. We are extremely fortunate he is alive. This is the 82nd ODOT crew struck this year. pic.twitter.com/28ZLE6ec36