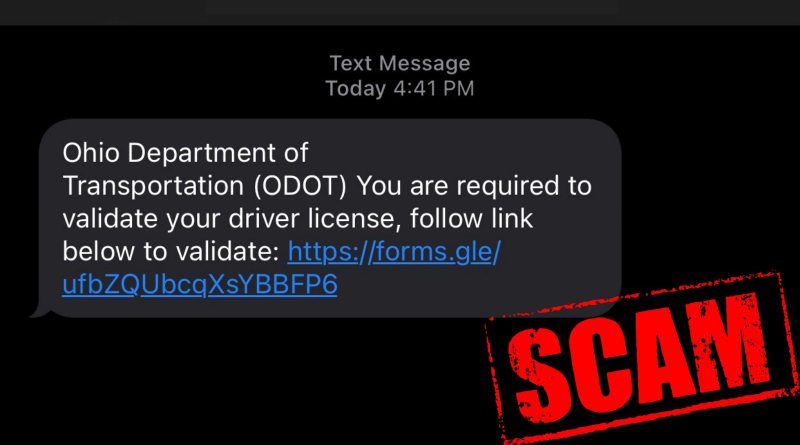 Somebody is using the name of the Ohio Department of Transportation to try and scam people.

ODOT said it has been made aware of suspicious text messages that appear to be from ODOT requesting that people validate their driver license information.

The Ohio Department of Transportation points out that it does not issue driver licenses in Ohio.

ODOT said, while the Ohio Bureau of Motor Vehicles does issue driver licenses, the BMV is not requesting this information from anyone either.

ODOT alerted the public to a similar scam in February.