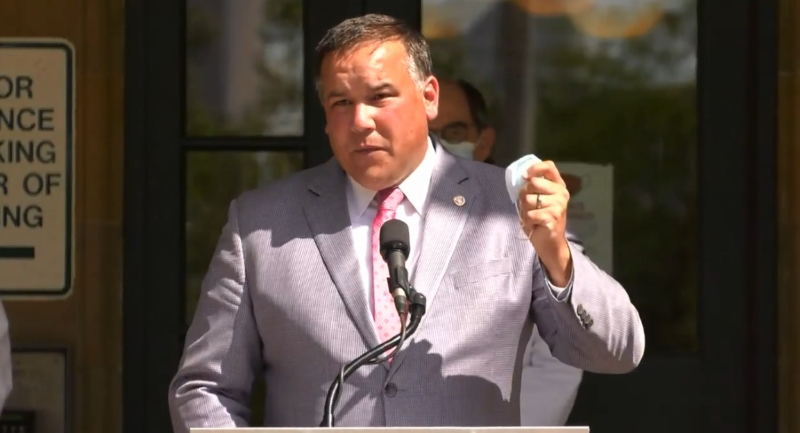 The mayor of Columbus, Andrew Ginther, has announced he plans to issue an executive order requiring people to wear a face mask in indoor public spaces, regardless of vaccination status.

Ginther made the announcement during a news conference alongside Columbus health officials.

The mayor said masks, along with vaccines, are the best way to keep people safe.

He added that the executive order is about slowing the spread of the virus and keeping Columbus safe and open for business.

Ginther said the executive order will go into effect when he signs it on Friday.