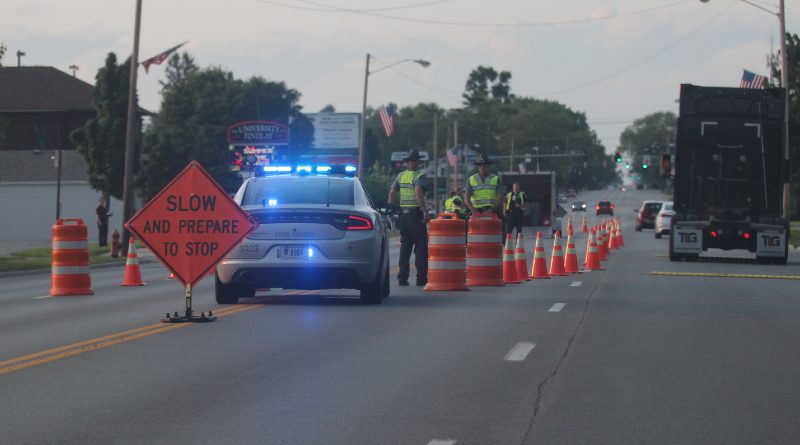 Area law enforcement agencies will be collaborating on an OVI checkpoint in Findlay on Friday night.

The checkpoint will be held in conjunction with nearby saturation patrols to aggressively combat alcohol-related injury and fatal crashes.

The Highway Patrol says If you plan to consume alcohol, designate a driver or make other travel arrangements before you drink.

“Don’t let another life be lost for the senseless and selfish act of getting behind the wheel impaired.”

Last July, we spoke with Lt. Matt Crow with the OSHP at a checkpoint that was held in Findlay and you can see that video below.

State and federal guidelines require that the time and location of an OVI checkpoint be made public in advance.