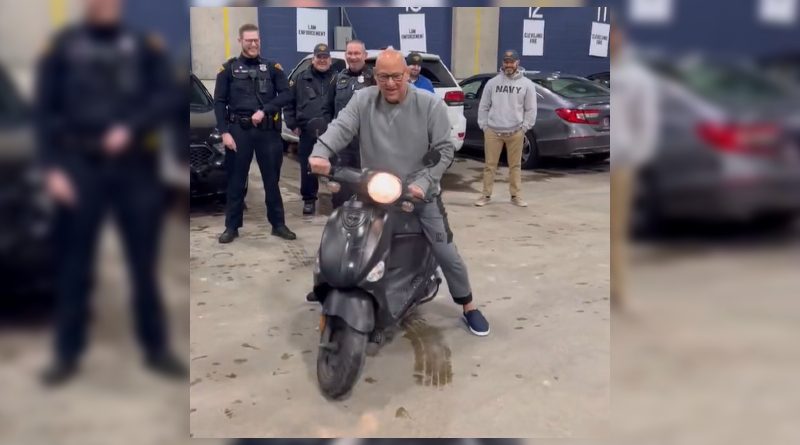 (ONN) – Cleveland Guardians manager Terry Francona’s iconic scooter was stolen over the weekend, but police say they recovered it in another area of downtown on Tuesday night.

The scooter was parked outside of Francona’s apartment building on Friday night and was missing Saturday morning.

The scooter has become part of Francona’s legacy with the team as he’s been spotted by fans riding it home after games at Progressive Field.

The Guardians once featured a bobblehead with Francona riding his scooter as a game day giveaway.

The report of the theft came on the heels of Guards Fest, which brought players and fans together over the weekend.

Francona was among those who appeared at the event.

Thank you to the Cleveland Police Department for helping Skip find his hog. pic.twitter.com/CUKbSB4T00