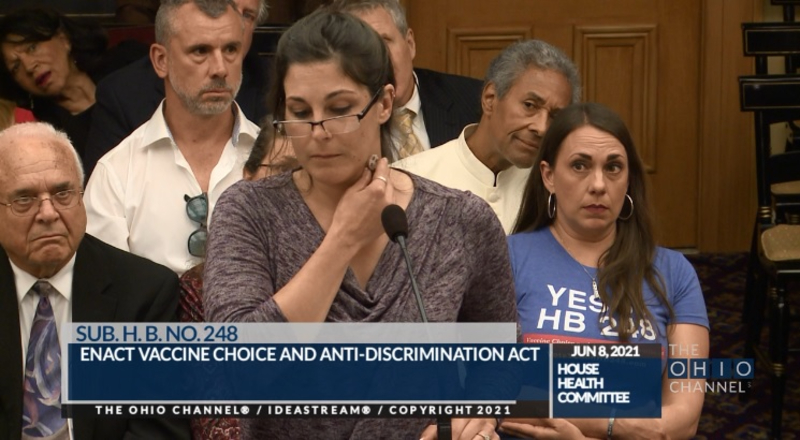 An anti-vaccination bill introduced at the Ohio Statehouse would allow Ohioans to refuse to be vaccinated for a wide range of reasons — and prevent repercussions from an employer for such a decision.

The bill is called the “Vaccine Choice and Anti-Discrimination Act” and it was introduced by Rep. Jennifer Gross, a Republican from West Chester.

Governor Mike DeWine said he opposes House Bill 248, and brought up once-common illnesses like polio, measles, mumps, and whooping cough that vaccines have all but eradicated.

Testimony in favor of the bill has drawn national ridicule after video went viral of a supporter’s false claims that vaccines make people magnetized.