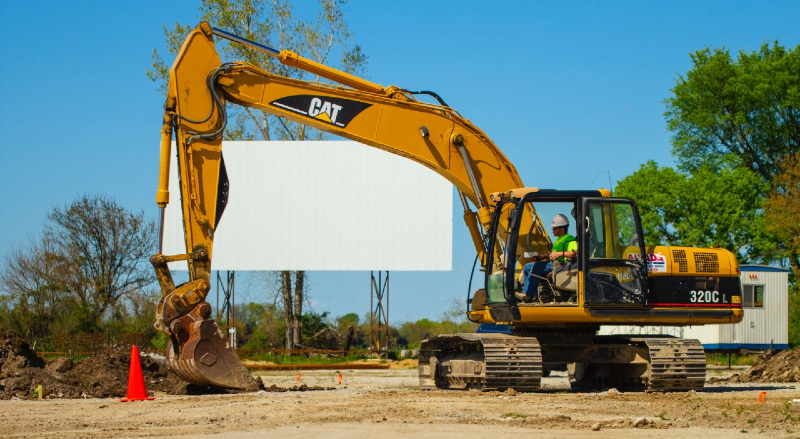 The second phase of a major renovation of the Tiffin Drive-In Theater is underway.

Construction has begun on a new concession stand building, which will house state-of-the-art movie projectors.

The project represents a second phase of major renovation to the Tiffin Drive-In Theater.

They will have a grand re-opening in late August or early September once construction is completed concession stand building.

Full details are in the following news release from the Seneca Regional Chamber of Commerce and there’s also a video below it.

The Tiffin Drive-In Theater has commenced construction on another major upgrade project for the theater.

Last week construction began on an all-new concession stand building, replacing the old concession stand which had stood on the property since 1956. The old structure underwent demolition in January of this year, making way for the totally new building. In addition to an upgraded concession food operation, and new restroom facilities, the new building will bring state-of-the-art large screen projection capability to the drive-in as well.

The Tiffin Drive-In Theater’s new owner, Michael Cole, is working with the design team of RCM Architects and the building firm of Alvada Construction on the project. Many of the workers for both firms, as well as the project’s various subcontractors hail from the Tiffin/Seneca County area.

The project represents a 2nd phase of major renovation to the Tiffin Drive-In Theater since Cole took over the theater last August. In October of 2020, the original 1949 movie screen was brought down, and a new all-steel screen was erected in its place by Jerry Selby, whose company has built more than 2,000 drive-in screens over the last 50 years. A second all-steel screen was also erected at the rear of the lot.

The new concession stand building will house everything the theater needs to conduct a drive-in theater business for many years to come — the concession food operation, new restroom facilities, offices, even a gift shop. The most noticeable structural departure from the old building will be the addition of a partial second story — the location for two elevated projection booths for the theater’s two screens. These booths will house two all-new state-of-the-art laser cinema movie projectors, which will project the brightest, sharpest image available today in the movie industry.

The project will likely not reach completion until late August or early September, leaving only several weeks at the end of the season to debut the new building and its capabilities. An extension of the season is possible. Regular updates on the project will be posted on the theater’s website www.tiffindriveintheater.com and its Facebook page.

This is a major investment in the Tiffin Drive-in Theater, with the goal of providing quality outdoor entertainment and refreshment in a family atmosphere for many years to come.