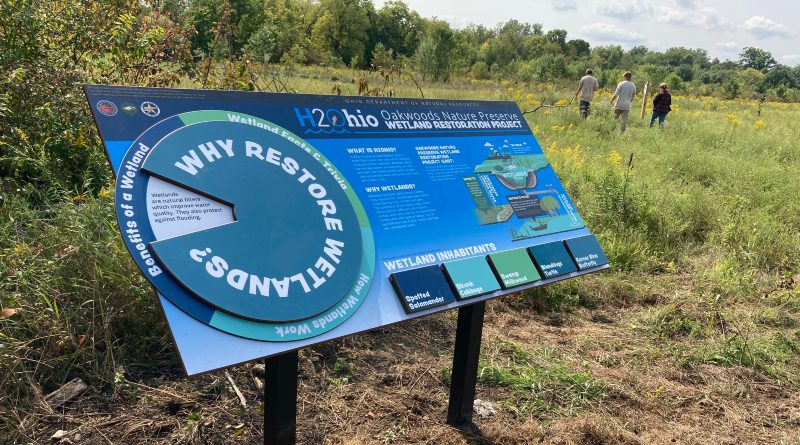 The Hancock Park District partnered with the ODNR to complete the two sites.

Combined, the projects, which sit side by side, cover 142 acres and created 43 individual wetlands.

The eastern site transformed 65 acres of farmland into wetlands and pollinator habitat.

The western site took farmland out of production to create and restore wetlands, woodland, and prairie.

The Hancock Park District’s Chad Carroll says, during high flows, the project will allow Aurand Run to flow into the wetlands which will absorb and filter nutrients and sediments before reaching the Blanchard River and eventually Lake Erie.

Chad says there is a third H2Ohio project underway just east of the Findlay reservoirs which will open in the spring.

“These two sites really exemplify the goals of H2Ohio when it comes to water quality and the importance of outdoor space for communities,” ODNR Director Mary Mertz said.

“People can walk along the paths soaking in the sights and sounds of nature, while these wetlands work to make water cleaner for everyone.”

The sites offer three miles of walking paths for people to enjoy.

The recreational perk was something that the Hancock County Parks District was really excited about.

“Thanks to the wetland restoration funding through H2Ohio, we were able to bring that idea to life and give the community a place to come and enjoy nature. The project led to a thoughtful expansion of Oakwoods Nature Preserve.”

This project is one of more than 110 H2Ohio wetland projects now underway or complete by ODNR.