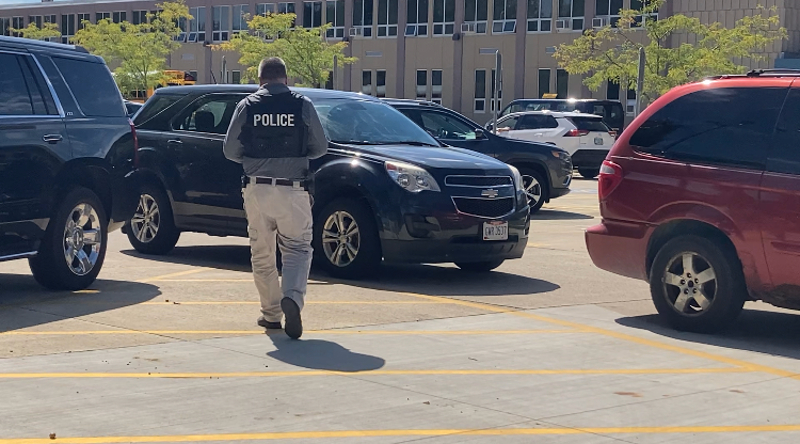 Police officers rushed to Findlay High School to investigate after somebody called in a report of an active shooter at the high school.

The call came in to the police department at around 1:20 Friday afternoon and police had the high school and Millstream Career Center checked and cleared in about 45 minutes.

We talked with Captain James Mathias outside the school after it was checked and that video is below.

He said the call was a hoax and no shots were fired and no one was injured.

The captain said similar active shooter hoax calls happened in other cities in Ohio as well on Friday.