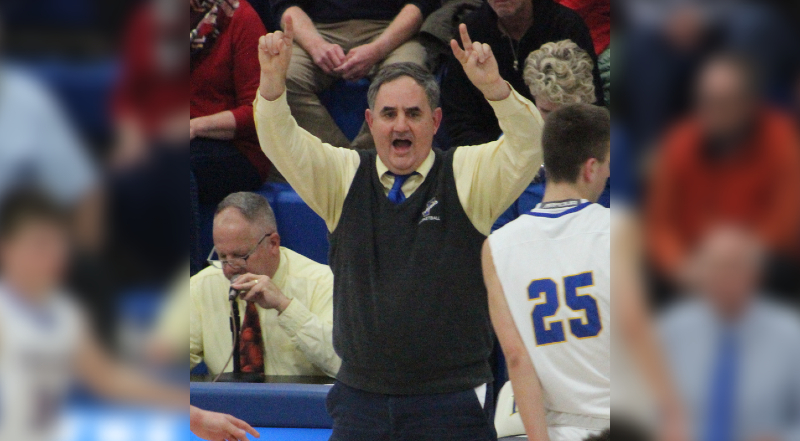 He notched win 501 against Bowling Green on Tuesday and was honored in the post you can see below from Findlay Trojan Sports.

We asked Coach Rucki about his most memorable wins and the first one he mentioned was his first win ever, in 1989 when he was coaching Rocky River and defeated Richmond Heights.

His first season coaching Findlay was the 1999-2000 school year.

During his tenure with the Trojans he says defeating Toledo St. John’s in the regionals in 2007 and beating Lima Senior in the mid-2000s when they were number 1 in the state stand out as a couple of his most memorable wins.

He said he’s been fortunate to have coached so many good players and good kids during his time in Findlay.

One of his best players was in his first year as coach when Ben Roethlisberger was a senior.

And he says there a lot of talented players on his current team, such as Max Roth, who will be playing college ball at the University of Findlay.

Over all his years of coaching he says one thing remains the same, “you just gotta take it one game at a time and keep trying to get better.”

Findlay will be on the road Friday night at Toledo Whitmer in a game you can hear on WFIN.

Listen to our full interview with Coach Rucki below.